Skip to content
Honduras
September 30, 2012 Ed Goad 1 Comment
Well, our first week in Honduras is finished, and what a week it’s been.
The city of la Ceiba has been having rolling blackouts, with different barrios being effected at different times. On Monday, power went out half way through classes at school, which meant it got very warm very quickly. Luckily some clouds came in and cooled us off.
Then the power went out at Maria’s home at 6, halfway through making dinner. Thankfully there was enough to eat. The really interesting part about the outage was that it became fairly dark, and I started seeing little blue streaks floating in the air. Genesis, Maria’s granddaughter said they were called luciernaga, or in English, firefly. When we were kids, my brother and I caught fireflies on a trip to west Virginia, but I hadn’t seen them since.
Otherwise, jana and I are enjoying our classes and getting to know everyone and where to go in the city. We found a place at the mall that has internet access, so I finally get a chance to post on what is going on. Coming from the realm of Microsoft, its quite surprising when you first see that there is no WiFi anywhere.
I have already made a new best friend, her name is Micha. She belongs to Maria’s grandkids who live behind her. We keep joking that her name should be Besos (kisses) because she is always licking our hands. 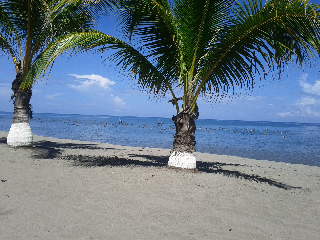 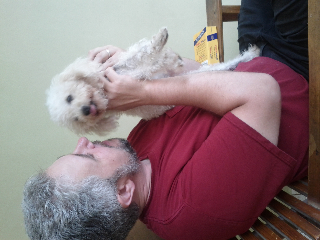 i have been waiting 5 months for this

One thought on “First week down”